“The Formula One Teams Association (FOTA) today outlined its roadmap for Formula One at a press conference at which senior management figures from all 10 current Formula One teams shared the stage together.

Setting out its proposed agenda for the evolution of the sport, FOTA unveiled a dynamic package of unanimously agreed proposals which, pending the approval of the FIA, will take effect in 2009 and/or 2010.

These proposals are aimed at increasing the stability, sustainability, substance and show of Formula One, and have all been developed as a result of rigorous interrogation of a FOTA global audience survey carried out in 17 countries earlier this year. The study canvassed views of existing fans but also, for the first time, drew on insights from a cross-section of general and infrequent followers of the sport, in line with FOTA’s stated ambition to broaden as well as to deepen the appeal of Formula One.

The proposals can be classified under three headings – technical, sporting and commercial – in line with the three working groups inaugurated when FOTA was formed in September 2008.

These proposals will ensure the retention of Formula One’s unique and essential sporting ‘DNA’, improve the show for all audiences, reduce costs, and increase the value proposition to the major stakeholders.

Luca di Montezemolo, Chairman of FOTA, said: “This is an unprecedented moment in Formula One history. Above all else, for the first time the teams are unified and steadfast – with a clear, collective vision. Thanks to this unity, all the teams have already managed to make a significant reduction to their costs for 2009.

“And, while we will continue to compete vigorously on track, we all share one common goal: to work together to improve Formula One by ensuring its stability, sustainability, substance and show for the benefit of our most important stakeholder, namely the consumer. It is with this mindset that we now intend to work hard, with our partners at the FIA and FOM, our shared goal being to optimise the future of Formula One.”

* Increased data provision for media
* Explore means by which the presentation of Formula One action can be more informatively and dynamically presented, common to other sports such as tennis and cricket, to dramatically improve engagement with the public
* Nominated senior team spokesman available for TV during grand prix
* Commitment to enhance consumer experience via team and FOTA websites
* Mandatory driver autograph sessions during grand prix weekends

The current race format is not viewed as fundamentally broken (across all levels of Formula One interest) and therefore doesn’t require radical alteration. There is a strong desire for Formula One to remain meritocratic, while consumer interest is driven most by appreciation of driver skill, overtaking and technology.

Implication: there is no evidence to suggest that grand prix formats need ’tricking up’ via, for example, handicapping, sprint races, reversed grids or one-on-one pursuit races. Formula One audiences appreciate the traditional gladiatorial, high-tech nature of the sport and would not respond favourably to a perceived ‘dumbing down’ of the current format.

2. F1 needs to be more consumer-friendly

An individual’s view or understanding of Formula One is framed almost entirely by their local broadcaster. Unlike most global sports, the vast majority of ‘consumption’ of Formula One is via race-day TV coverage, supplemented in part by traditional, non-specialist newspaper coverage.

Formula One fans are also mature consumers of new media channels (eg, on-line, mobile) and other touch points (eg, gaming, merchandise). The global nature of Formula One, although an attractive characteristic in itself, impedes the uniformity of race schedules, and often results in consumption of a race being limited to locally broadcast TV highlights programmes. Only devotees (25% of the total potential viewing audience) are likely to watch a race live if it occurs outside peak viewing times.

Implication: significant opportunities exist to build audience via other channels such as internet and mobile.

3. Major changes to qualifying format are not urgent

When asked to consider alternative qualifying formats, all fan types expressed a modest preference for a meritocratically determined starting grid. There was some degree of interest in allowing luck to play a part in shaping the starting order, but the general sentiment was that the fastest driver should always start from pole.

Implication: there may be justification for minor modifications to the current qualifying format, following further trials; however, a major change to the format will not result in a significant increase in audience.

4. Revisions to the points-scoring system

Implication: a minor adjustment to the existing points system is justified

5. Evolution of pit stops and refuelling

All audiences view pit stops as integral to their enjoyment of grand prix coverage; however, they rank the most important and compelling aspect of pit stops as tyre changing rather than refuelling. Race strategies were not highly ranked as a determinant of interest in Formula One.

Implication: audiences are unlikely to diminish if refuelling is discontinued. Tyre changing is an important driver of audience interest (in pit stops) and should not be further automated.” 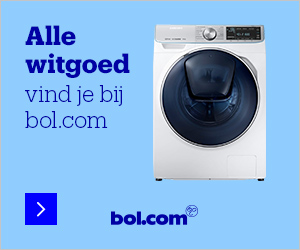